The Future of Money

The Future of Money

The title may seem deceptive.

Money has been and always will be, right?  While different things represented money historically, including feathers and seashells, we understand money as green pieces of paper or metallic discs.  Money is also a rectangular plastic card in our wallet.  Most of what we consider money are digital representations of physical media noted earlier and reside on centralized ledgers in the financial system.

Money satisfies what is known as the double coincidence of wants.  I want something you have, and you want something I have.  Rather than trading or bartering, we use money to exchange those wants.  Thus, we have money’s primary function — medium of exchange.  Money should also be a unit of account and be fungible.

This is to say, money should break down into smaller units of equal value and be indistinguishable.

For example, a single ten-dollar bill should have the same value as ten, one-dollar bills.  Also, one dollar is as good or equivalent to another dollar — a dollar is a dollar.  Money should also be a store of wealth, and this is where it gets trickier.

Money underwent a historic change in August of 1971, altering its relation to wealth.  While it was a profound change, most people did not sense its gravity and still don’t.  Money is undergoing its next historic change and once again, the public does not understand its implications.

The future of money is purely digital, unlike today where it can also be represented in that manner.  You won’t be able to withdraw it from an ATM nor have a bank teller hand it to you.   This future consists of open-source money created algorithmically, and government/central bank money created more arbitrarily.

Digital government money exists in places like the Bahamas and China.  There are many financial, social, and even political implications to digital government money.  Open-source money, featuring cryptocurrencies and tokens, represent new mediums of exchange, though many will be non-existent in the future.

Learn how digital money will impact you at Alliance University (https://Alliance-U.co). 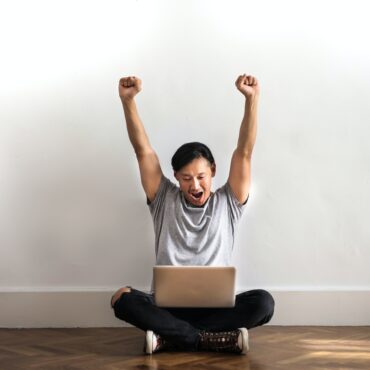 Taking Personal Responsibility for Your Potential

https://lifeblood.live/wp-content/uploads/2021/11/Taking-Personal-Responsibility-for-Your-Potential-FINAL.mp3 Taking Personal Responsibility for Your Potential “Education is the passport to the future, for tomorrow belongs to those who prepare for it today.”  - Malcolm X   Taking Personal [...]