Should You Work Hard?

Should You Work Hard?

Have you ever done hard work? Do you do it now?

Could you be working harder? Should you be? If you’re not, why aren’t you?

Who’s in charge of your success? Is it you or someone else?

Those are questions I asked myself frequently, subscribing to the idea, “To whom much is given, much will be required.”

I’m a member of Generation X. Every day, I count my blessings, which include but aren’t limited to:

So what’s the point?

I believe hard work is good. I believe it’s required. And I think you should embrace it.

Here’s what I’m going to talk about:

“I will get you what you want, and it will cost you nothing.” – Steven Pressfield

That’s from Steven Pressfield’s wonderful book, Turning Pro. He refers to it as the bill of goods we’ve been sold, and it’s a lie.

A successful and rewarding life has a cost, and that cost is hard work.

Technology and innovation has made many of us knowledge workers. We’ve become obsessed with “hacks” and shortcuts. We’ve outsourced a lot of our “real” work to other countries; a dangerous practice we’re waking up to.

We’re trying to work smarter and not harder. Many of us have become entitled, complacent, and lazy.

The Great Resignation began in 2021, and only time will tell how history will view it. But from the outside looking in, it appears to be an indictment of the work ethic of many people.

Could this be me screaming, “Get off my lawn!” at Millennials and Gen Z? Maybe.

“There was a historian in the 14th century who wrote a book about what he knew of the world, and for that time it was pretty good. One of the interesting observations he made is that all the tribes that have difficulty feeding themselves are lean and healthy, and those that have plenty of food are fat, lazy and unhealthy.” – Dr. Michael DeBakey

Have you ever heard the term “immigrant mentality?” It means doing whatever it takes to be successful. I’m always amazed at stories of people who arrived in the United States, with no money, no connections, and no English, who became millionaires. It’s the American Dream.

I’m also saddened and aware of the many problems in our Country. Racism, sexism, ageism, inequality, and many other terrible human behaviors are real and present. As a people, it’s imperative we stamp these things out wherever they are.

Hard work is neither good nor bad. It just is.

“Far and away the best prize that life offers is the chance to work hard at work worth doing.” – Teddy Roosevelt

A long time ago, a traveler came upon a worksite where there were three stonecutters working. Curious as to what they were building, the traveler approached the first man and said, “Excuse me sir, can I ask what you’re doing?” The man angrily looked at him and said, “What does it look like I’m doing? I’ve got the worst job in the entire country. All I do is cut these stupid rocks all day. My hands hurt, my back hurts, and my head hurts!” The traveler thanked him for his time and moved onto the second man.

“Excuse me sir, can I ask what you’re doing?” The second man looked up and said, “I’m working to become the best stonecutter in the entire country.” The traveler wished him luck and moved onto the third man.

As he got closer, he thought he heard the man whistling a happy tune. “Excuse me sir, can I ask you what you’re doing?” The third man looked up with a gleam in his eye and said, “I’m building a cathedral.”

Three men doing the same thing, but having a completely different experience.

Now, I’m not saying you can find meaning in any work. Wait. Yes, I am.

I believe how you look at something makes all the difference. While you may be unable to do that, it is possible to shift your perspective on anything.

Alternatively, you can keep trying until you find work that’s worth doing. If you’re stuck in a cubicle doing what you consider being soul-crushing work, put together a plan for doing something different.

Don’t think that’s possible? What have you tried to do?

Going back to my initial questions:

Success is available to everyone, including you.

From my experience, money is one of the primary culprits behind people feeling “stuck” doing work they don’t want to do. Either they’re stuck in debt, or they’ve built expensive lifestyles which become golden cages. If that’s you, there are still plenty of ways to find your way out. The first step is deciding you’re going to do it.

I bet you already know what I think step #2 is.

While hard work does not guarantee things will work out exactly how you’d like them to, at least you can say you gave it everything you had. From there, you have to let the chips fall where they may.

To help you create the life you desire, you can access our Goals and Values Courses at no cost.

LifeBlood is supported by our audience. If you purchase through links on our site, we may earn an affiliate commission. Learn more. 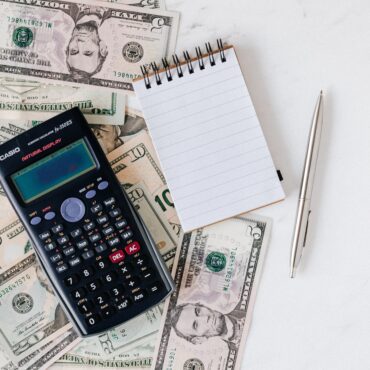 Debt Free Living: Making it a Priority Is debt free living a priority for you?    So much of life is about priorities and making decisions. We can choose to [...]